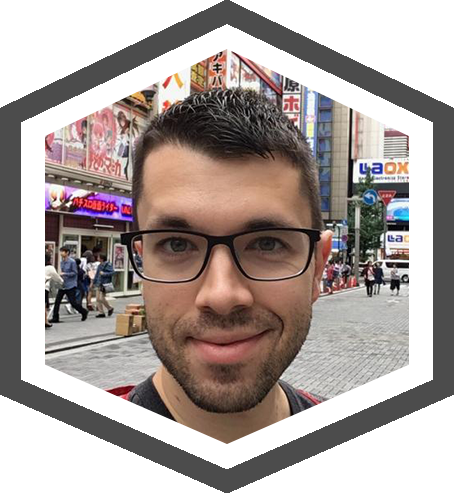 The Crusader charges forward on their glorious celestial steed, leading your party with high Area of Effect (AoE) damage, incredible speed, and party-wide buffs. As a Crusader, you will quickly crush groups of weak enemies, as almost every skill at your disposal excels at AoE-based DPS.

This guide is your shield against the demonic hordes, teaching you to be the best Crusader possible. Let's get started!

Crusaders are a melee and AoE damage based class with the fastest overall movement speed in the game. Most crusader builds rely on Draw and Quarter as their main skill to move around and deal damage. The Primary Attack given by Draw and Quarter when combined with Legendary Items such as Besieger and Bladed Jambeau, enable it alone to demolish waves of enemies. If damage becomes a problem, the Crusader has defensive skills such as Punish for improved block chance, or Conjuration of Light to make you and your party invulnerable for a short duration. In a party, Crusaders can use Holy Banner, giving all nearby party members a 100% Critical Hit Chance for a short duration. Crusaders also fill a party role as a scout, dealing AoE damage to trash monsters, triggering events, and pulling enemies together. In PvP, Crusaders have an impressive kit of stuns, interrupts, and dashes, such as Sacred Chain, Shield Charge, or Falling Sword with Little Lance. Overall, Crusaders are a top-tier choice for their high AoE damage, incredible movement speed, impressive defensive skills, effective party-wide buffs, and wide array of PvP skills.

The Crusader's reliance on Draw and Quarter exposes some weaknesses of the class. This skill is vulnerable to stuns and interrupts, causing you to immediately lose the entire duration. Most builds with Draw and Quarter rely on casting other skills before casting it, further decreasing your damage during stuns and interrupts for your entire build. Finally, using Draw and Quarter for movement means that when it is on cooldown, you have no options for escape. Since you are a melee class, relying on it for escape can make it easy to become trapped and make it difficult to dodge ranged attacks when it is on cooldown.

Crusaders have poor single target damage and high cooldown duration skills. This leads to many situations where all of your skills are on cooldown, leaving you with only your lackluster Primary Skill. As a result, certain bosses can be difficult to kill in Challenge Rifts.

Finally, as the scout for the party, you will be put in situations where you must push far ahead in order to advance a dungeon. This can mean giving up a portion of loot that drops on the ground, since you are tasked with pushing forward. This can result in a minor loss in salvage materials compared to the rest of your party (~10%).

What to Expect as Crusader

Starting Out as Crusader

Starting your Crusader on the right foot is key in order to make your character as powerful as possible. Read our full Game Walkthrough for a comprehensive starter guide.

Skills are core to your character and the main way for your character to defend yourself and destroy enemies. Characters can equip five skills at once, including one Primary Attack and four Skills. Primary Attacks have no cooldown and fill your Ultimate bar when used. When the Ultimate bar is full, you can cast the Ultimate ability. Skills automatically gain ranks as you level up and can be swapped anytime out of combat. Charms add additional bonuses that enhance a skill's power. Legendary Items modify a skill's power, changing its behavior or enhancing its stats. You can only equip one per slot so be careful when planning your build. Finally, once you obtain a rank 10 Legendary Gem, Legendary Items can be Awakened, granting additional bonuses. Let's look at the Crusader's skills in detail to understand how they work.

Strike an enemy for damage and gain Hardened Senses, increasing your Block Chance by 30% for 2 seconds.

Ultimate: Counterattack Storm - Enhance Punish for 12 seconds, striking all enemies in front of you, increasing its damage per hit and increasing its Block Chance bonus. You also gain a shield that absorbs damage equal to 20% of your maximum Life for 3 seconds.

Best Use: The additional block chance Punish gives is incredible for survivability, especially against bosses.

Ignite the air with holy flames from your weapon, dealing damage to an enemy and 25% as much to all other enemies in front of you.

Best Use: Use for pure farming builds or in scenarios where damage is far more important than survivability.

Build up a massive explosion, dealing damage to all nearby enemies after 3 seconds. Activate again to detonate early, but for less damage in a smaller radius.

Best Use: Great for grouping enemies together, especially during group play.

Call down a beam of holy light from the heavens, protecting you and all nearby allies with damage immunity for 3 seconds.

Best Use: Incredible in group play and should be used in nearly every group build.

Consecrate the ground around you, dealing damage to all nearby enemies over 6 seconds.

Best Use: One of the highest damage AoE skills in the Crusader's kit.

Mount a celestial war horse for 6 seconds, dispelling all movement impairing effects, increasing your movement speed by 65%, and replacing your Primary Attack with a strike. Holy chains will bind up to 8 nearby monsters and drag them as you ride.

Best Use: Draw and Quarter is essential to playing Crusader. It is a staple of every Crusader build. Use other skills that move with you before mounting up. While this skill is active, you can use a special Primary Attack. This special Primary Attack counts as a "Primary Attack" when considering gear, upgrades, and reforge family bonuses, making it one of the few Primary Attacks you can use while moving in the entire game. If you are stunned or interrupted, the rest of the duration is lost and you must wait for the cooldown to use it again. Avoiding stuns and interruptions is important for maximizing your damage in PvE situations, and life-or-death in PvP situations.

Incredible in group play for massively increasing your party's damage.

Best Use: Overall one of Crusader's worst skills. Has some usage for tanking in Challenge Rifts with Cradle of Pebbles.

Throw holy chains that bounce between enemies, striking up to 6 targets and dealing damage to each. The chains Stun enemies for 8 seconds, but are dispelled by damage. Duration reduced to 3 seconds on players.

Best Use: A solid pick for PvP builds that focus more on stun-locking opponents rather than mobility.

Charge forward with your shield, pushing all enemies in your path and inflicting damage. Enemies colliding with terrain will be Stunned for 3 seconds.

Best Use: A solid pick for PvP builds that focus more on stun-locking opponents rather than mobility.

Unleash a powerful attack that deals X damage to all enemies in front of you, and causes them to bleed for X damage over 3 seconds. Maximum 3 charges.

Hurl a spinning shield, inflicting damage to all enemies in its path. The shield will return to you, pulling enemies in its path to you and dealing additional damage. Maximum 3 charges. Players can only be affected by Spinning Shield once every 3 seconds.

Sweep a mystical flail through enemies in front of you, dealing damage. Charging longer increases range, and damage. When fully charged, Sweep Attack will also knock enemies away.

Class consumables are a resource that only drops from turning in a Bestiary page. These can only be used by opening your inventory to the third tab and directly tapping on the item from there. The Crusader has the Battle Hymnal which increases all damage done by you and your nearby allies by 10% for 20 minutes.

Offense Rating and Defense Rating (CR) are the most important stats for all classes in Diablo Immortal. In order to maximize CR, prioritize the total amount of attributes on your gear. You gain 1 point of CR from every attribute point (Strength, Fortitude, Vitality, Willpower, Intelligence).

Because the total amount of attributes is so important, we rarely prioritize magic affixes on gear. Still, several magic affixes can make a difference, including Critical Hit Chance, Critical Hit Damage, Damage to Players (for PvP), or All Damage Increased. For more information, check out our full Attribute and Magic Affix Guide!

Focus on Awakening your gear with 1 star Gems at first (Trickshot Gem, Berserker's Eye, Everlasting Torment etc.). We recommend Awakening your items in this order: