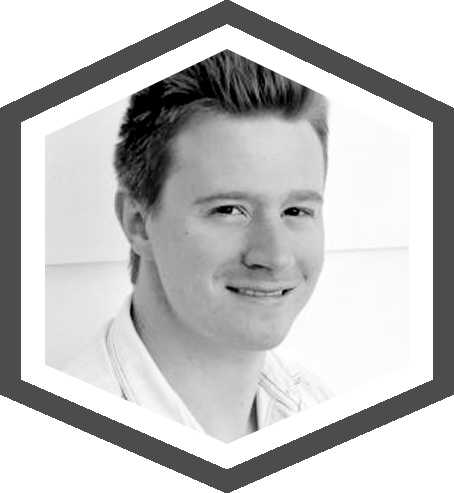 Battlegrounds are 8 vs 8 timed PvP (Player versus Player) events available every day for 2 hours at 8:00 AM, 12:00 PM, 6:00 PM and 10:00 PM server time in the top right corner of Westmarch. Players must be at least level 55 to participate and can queue up by talking to the Battleground Captain. There is a match making rating (MMR) system that places you on a team based on your games played and win rate. You cannot form a party before queuing up!

Players are distributed into 2 teams: Attackers and Defenders. You can queue for either faction or choose to be randomly assigned. There is an MMR system to match player with similar gear and Paragon level. Once in the Battleground players have 60 seconds before they can move out of the base to plan a strategy and check the Scoreboard for the ally and enemy roster. Furthermore, you can party up with up to 4 people and use the class consumable buffs.

Battlegrounds are played on a map with choke points and 3 different Objectives to complete. The Defenders start on the bottom left, while the Attackers start on the top right on the map above. Every player, no matter which team they are on, plays from bottom left to top right on their screens in-game. This makes the battle fair for both teams, removing any advantages caused by the isometric view.
Each team has fixed spawning points where they heal a percentage of their maximum Life every second, but are not invincible to damage.

Some attributes are reduced in PvP to lower damage output and prevent instant kills or permanent stun-locks. Here is what we know so far:

Check our post on Attribute Mechanics for more in-depth information.

Attackers must complete 3 consecutive objectives to win the Battleground. Each objective has its own time limit. Defenders win if they prevent any of the objectives from being completed within the time limit or kill 55 Attackers.

Sacred Guardians are much closer to the Attacker's base, giving you the advantage. Rush to a guardian and start doing damage before Defenders can arrive. Tankier classes like Barbarians and Crusaders can push back Defenders, while ranged classes like Wizards and Demon Hunters can deal damage to Sacred Guardians. Focus damage from multiple players to destroy them in about 20 seconds. Retreat to your base to heal if needed. Don't feed Defenders kills, they win if they get 55.
Once the Defenders arrive, they are the priority kill targets! If you just mindlessly DPS the Sacred Guardians, you're going to get killed and potentially farmed at your starting base.

Use the portal outside the Defender's base to teleport to the Sacred Guardian area. Rush to the Guardians being attacked. Be careful not to run straight into spells being pre-casted.
As you're approaching the 3 Sacred Guardians, take note on the mini map on how the Attackers have chosen to spread out. Keep in mind: Charging into a full team alone is suicide, but overrunning a few stragglers is usually guaranteed victory and allows you to flank the other Sacred Guardians.

Kill Defenders in your way, but don't forget to go back to the Zealous Idols to advance them. Staying near the Idols is more helpful than rushing ahead for kills. Defenders can portal to the middle bridge, so watch out for flanks. If you die, consider switching your focus to the other Idol. Sometimes they can be snuck through while Defenders aren't looking. You can guard their teleport zone to sometimes instantly kill them, forcing them to take the long route to defend the Zealous Idols and buying you valuable time!

Group up with your team before engaging. The portal outside the Defender's base teleports you to the center bridge. Allow tank characters to enter the portal first if Attackers are camping the other side. You can also ignore the portal and run the entire way. Area of Effect spells with duration, like Twisters, can prevent Attackers from progressing when cast on Zealous Idols. You can camp the Attacker's spawn point, making it difficult for them to recover. Pay attention to both Idols, so they don't get snuck through.

Get to the Ancient Heart immediately. It's best to defend the area just to the right of the heart. Crossing a bridge can expose the heart to flanks. Hold your ground, this is the last line of defense!

Here are a few Tricks to help you in your PvP adventures:

You can check the scoreboard by clicking on the 3 vertical bar graph icon that also pops up after the battle ends. Here you can see the following stats of every participant:

During the BETA players got more points the more they contributed to the team's completion of the objectives. The more points a player obtains, the higher his or her Leaderboard rank will be.

There are in-game Leaderboards for every class in Diablo Immortal. These show:

Next to all the fun of fighting against other players, you get additional rewards for participating (in the BETA you got the same reward for winning and losing):

After completing 3 Battlegrounds, you unlock a new one time reward per day:

On top of these instant rewards, you also get more participation activity points for the Faction Badges.

Next to the General Rewards, you can also get Seasonal rewards. A Season ends when the Immortals lose the Rite of Exile vs the Shadows. Additional Rewards are unlocked for each new bracket a Player reaches:

There are a total of 16 brackets, all with different Rewards and Banners:

*These Bracket Awards were bugged in the BETA.

There were almost no coordinated Player vs Player flights during the BETA. People mostly just brawled without much communication or team play. With the launch of Diablo Immortal, this will change and sophisticated strategies and team tactics will emerge! We will keep you updated here. Stay tuned!