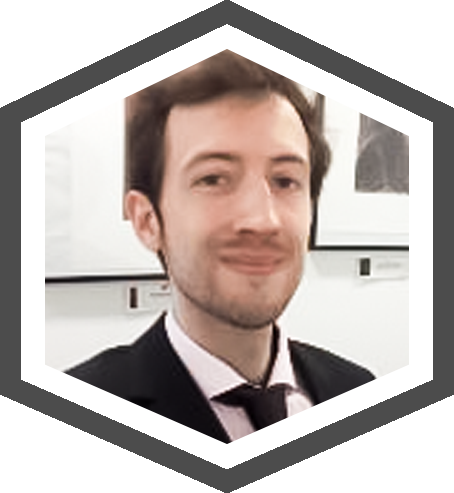 With many years of gaming since childhood under my belt, I have been focusing on reaching new personal achievements and pushing the limits of what's possible at countless opportunities. These days I focus mainly on ARPGs, especially Diablo and PoE, and pursue the highest ranks worldwide. I like to explore, experiment, create my own style and share the best strategies with others on Twitch, YouTube or here on Maxroll! If there's a difficult build out there, you can bet I have played it already.

This leveling guide is your handbook to get through the entire campaign and understand the basics of how to control, gear, and level your character. We also prepare you for endgame activities. To dive deeper into your chosen class and game features/mechanics, check out our more specific guides and resources.

One of the most important steps in the campaign is unlocking the Helliquary. The Helliquary provides a powerful boost to your Offense Rating and Defense Rating (ORDR), the most important character attributes in Diablo Immortal. It is only after this step that you are able to acquire Scoria, a valuable resource mostly gated by a daily Battle Pass quest, in order to further upgrade your character. Unlock the Helliquary as quickly as possible or else you will be lagging behind other players on progression. To reach this point in the campaign, you must finish the first 6 Zones (including Bilefen), 6 Dungeons, and a small questline after reaching level 40.

We also have helpful Tips & Tricks and additional information for new features so you can learn more about the game's mechanics. Use the links in the Table of Contents above to jump to any point of the leveling guide as you progress.

Start of the Game

This is the first zone in the game. It's the only instanced outdoor zone because it acts as a tutorial for the game. You will not find any other players here during the tutorial.

First Kill of the Day Rewards

While in this zone, gather experience by farming every elite pack and big monster density you encounter on your path to the next objective. If you happen to find tasks (indicated by a blue exclamation mark), you should always complete them. This applies to all future quest zones, as these events are valuable and you will be starved for experience (and Enchanted Dust) later in the campaign.

Selecting Items to Wear vs. Which to Salvage

Upgrading Gear at the Blacksmith

Westmarch is the main city hub in the game. It is a neutral city that serves as the starting point for your endgame adventures and your main resting area. The lower area around Rakkis Plaza has artisans like the Blacksmith, the Jewelcrafter, Charms Craftsman, Essence Transfer Vendor, and your stash. The upper area around the Palace Courtyard has a lot of the activity-based features such as Elder Rifts, Challenge Rifts, Bounty Board, and more.

There are many large monster packs here so do not hesitate to farm for some extra EXP. Keep an eye out for Bloodsworn to finish your Bounty along the way.

How to Farm Enemies While Exploring

You need to be at least level 35 to continue the campaign in this zone. This is the first point in the campaign where you likely need to grind more experience before you can proceed and it happens again in every zone from now.

The quickest way to gather the remaining experience is running the Mad King's Breach dungeon in a group. Head to Ashwold Cemetery and start blasting! Farming in a 4 player group gives extra gems and should allow for faster clears if the other players are competent enough. If you are more interested in outdoor content, head to Westmarch and start a round of Bounties - they also offer great XP rewards and some Gold! You can also gain experience in Elder Rifts and use any Rare Crests you received earlier.

Get to level 35 before heading to the Library of Zoltun Kulle and continuing this guide. This should take somewhere between 30-90 minutes, depending on how much EXP was missing and your farming speed.

Bilefen is first accessed from The Curator at the Terminus (end of the Library of Zoltun Kulle questline). You need to be at least level 40 to enter this zone. This is the second point in the campaign where you likely need to grind more experience before you can proceed. Check the beginning of the Library of Zoltun Kulle section for the strategy on grinding the remaining EXP.

The Ancient Arena in Bilefen

The Cycle of Strife

Congratulations, you have finished the most important step of the entire campaign! From now on, make sure to maximize your Scoria income by doing your daily Battle Pass quest (which is highlighted to you as soon as you log in each day). Once you get your daily Scoria, there is no rush to complete the main story questline. You can jump into other endgame activities if you like and proceed at your own pace. Regardless, finishing the storyline is important to unlock all Zones, Waypoints and Auto-Navigation as you will be sent to any of them for various objectives.

You have to reach level 46 to continue the campaign in Mount Zavain. Go back to the Dungeon grind or try out other various activities: Finish Battle Pass Objectives, Zone Events, Zone Bosses such as Blood Rose, Elder Rifts, Challenge Rifts and (after reaching level 43) Shadow activities. Make sure to open your Codex and turn in all completed objectives.

Once you reach level 43, you are tasked to visit Westmarch to learn more about the Cycle of Strife from The Unspoken. Go to the Shadow hideout in the back of the Wolf City Tavern. Speak to Akeba and hand her the Timeworn Scroll you got in Bilefen. Completing this quest unlocks Rumors and the Adventurer chat channel.

Mount Zavain is first accessed by speaking to Captain Rehm at the Docks in Westmarch (after Bilefen and Westmarch Visit #3 questlines are done). You need to be at least level 46 to enter this zone. This is the third point in the campaign where you likely need to grind more experience before you can proceed. Check the beginning of the Library of Zoltun Kulle section for the strategy on grinding the remaining EXP.

The Ancient Nightmare in Mount Zavain

Frozen Tundra is first accessed from Mount Zavain just north of the Frozen Descent Waypoint (after the Mount Zavain main story questline is done). You need to be at least level 51 to enter this zone. This is the fourth point in the campaign where you likely need to grind more experience before you can proceed. Check the beginning of the Library of Zoltun Kulle section for the strategy on grinding the remaining EXP.

Congratulations! You have made it through the entire game and learned and seen many of the different features the game has to offer for long-term progression. From here on, you are free to pursue anything you wish. Now it's all about your own goals and preferences. Here is some further recommended reading:

Wheeeew! I'm glad you made it this far and hope you enjoyed this guide. Leveling in Diablo Immortal is quite a journey and you have already achieved the most important part of it. I wish you good luck on your future adventures in the world of Sanctuary!