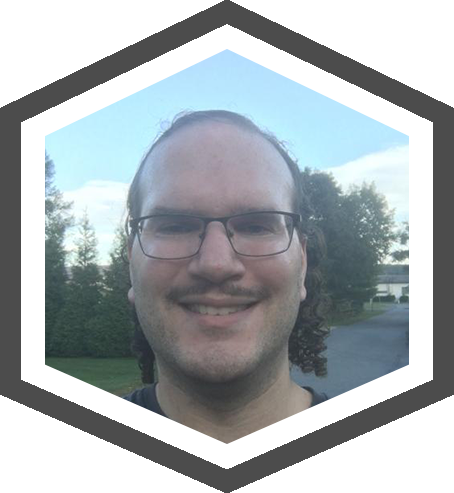 I'm part of the new wave of players that came to Diablo with Diablo III. After many years of tried and true gameplay experience with ARPGs I joined Maxroll. Gaming is a love and a passion, but aiding the community has always been a top priority. Being part of the Diablo Immortal team is a great opportunity to do this as we look to the future with Diablo IV and other games as well!

The Helliquary is a unique addition to Diablo Immortal. It is your greatest source of Offense Rating and Defense Rating (ORDR) for your character. This is critical as ORDR are your character's most important stats! There is no limit on the amount of ORDR it provides due to no hard cap on the Helliquary level itself. It's quick to obtain and level early on, but takes longer at later stages. Leveling the Helliquary is largely soloable by doing your daily Bounties to obtain Scoria. Gaining additional Scoria (beyond just Bounties) is possible too!

First, you need to complete the main storyline in Bilefen that ends with Sandro the Mouth. He sends you to Westmarch to go to Deckard Cain's Workshop. He gives backstory on the Helliquary before going to it in a new room of the Workshop. Rayoc teaches the basics of the Helliquary itself before giving you your first demonic target to find and defeat; Chaos Herald Pyl.

You must complete Challenge Rift 8 and kill him at the end. NOTE: Only complete a Challenge Rift 8 as going above will not spawn the special Helliquary boss. Once Chaos Herald Pyl is defeated, pick up Pyl’s Flowing Chaos legendary item drop and return to Deckard Cain’s Workshop.

Rayoc further teaches about the Helliquary and sealing items. Seal your first item; Pyl’s Flowing Chaos, into the Helliquary. Next complete Challenge Rift 12. NOTE: Complete a Challenge Rift 12 as going above it will not give credit. Talking to the Bounty Quartermaster after gives a small chest reward as well as your first piece of Scoria. You now get one Scoria per completed bounty, up to twelve max a day.

Rayoc escorts you to Charsi (Blacksmith) to inform you about Scoria Refinement. Refine your singular piece of Scoria to Hellfire Scoria for a 100 Gold fee. You're able to upgrade your Helliquary from level one to level two at this point. Return to Deckard Cain’s Workshop to end the quest line and set a new demonic target, Lassal, The Flame-spun. He unlocks at Helliquary Level 10.

Continue to do your daily Bounties for Scoria to level up your Heliiquary. This provides you with extra base ORDR, which are your character's most important stats. The Helliquary unlocks an additional slot to seal new items from Helliquary bosses every 10 levels. A new Helliquary boss is available at Helliquary level 30; Vitaath, The Shivering Death.

Additional Helliquary bosses will be added monthly in accordance to past developer comments. The Helliquary level requirement structure for unlocking them is not yet known at this time. Stay tuned, we’ll cover it all when it happens!

Your Helliquary can be leveled up to increase its base ORDR as previously mentioned. It will start with an initial 30 ORDR and gain an additional 16 to each per level up. The amount required to level your Helliquary starts at three Hellfire Scoria (level two to level three). This amount will steadily rise per Helliquary level and will eventually reach a point where you stop gaining levels daily. This is why it is critical to do your 12 Bounties daily to not fall potentially day(s) behind compared to other players. There is no catch up mechanic for obtaining Scoria.

Helliquary bosses use mechanics you should be aware of while fighting them. Knowing what to look out for can increase your chances of defeating them at lower than recommended ORDR. Grouping up with others is the biggest advantage you can gain, as Helliquary bosses do not scale in difficulty with party size.

Chaos Herald Pyl is tuned to be beatable at this point in your character's leveling. There aren't any major mechanics to be overly cautious about. Make sure you have your best gear equipped with appropriate Normal Gems and Legendary Gems socketed. Make sure you are upgrading your gear at the Blacksmith to gain additional Primary Stats which increases your ORDR.

Lassal, The Flame-spun has an array of basic attacks. There is a regular single strike that travels in a straight line. Another is a quick, short ranged swipe. Lastly, there is a basic ground smash with a leaping variant that has a knock back component. These attacks are easy enough to avoid once you see the pre-attack telegraphing a few times. Learning when you can attack or need to move is dependent on your class, skills, and gear.

Six Demonic Warriors are summoned to fight you every 45 seconds. Focus them down quickly to shift your attacks back to Lassal, The Flame-spun.

After depleting his second health bar, Lassal, The Flame-spun performs two attacks that are critical to look out for. The first attack is the creation of three boulders in the air that collide together into one boulder. This boulder embeds into the ground shortly after. He typically casts this twice. The second attack is when Lassal, The Flame-spun moves to the center of the area and starts charging up. The game will also display a warning. Move your character behind a boulder to avoid taking massive damage from this ultimate attack.

Once you reach the final health bar, all attacks can be cast, creating a hectic final phase. Remember to dodge the basic attacks, especially his triple leap attack, which now leaves fire patches behind for 20 seconds each. Focus down the Demonic Warriors when summoned as quickly as possible. Lastly, take notice of where the boulders embed themselves to dodge his ultimate attack.

Vitaath, The Shivering Death has a practical armory of basic attacks. One is a short range, quick swipe. Second is a wide frontal AoE cone sword swipe with a short charge up period. A third travels in a straight line of moderate width that has a knock back component after a short charge up period. Fourth is summoning eight Chilling Constructs. The last ability is Teleport.

Starting the encounter, 14 frozen Ice Clan Goatmen break free from their ice blocks in waves. You have 25 seconds to defeat them before Vitaath, The Shivering Death appears in the center of the area. She comes after you with all attacks listed in the previous section. These attacks are easy enough to avoid once you see the pre-attack telegraphing a few times. Learning when you can attack or need to move is dependent on your class, skills, and gear.

After depleting her first health bar, she teleports to the center of the area. She rises up and summons an army of eight Chilling Constructs, four Frozen Shades, and two Ice Barriers. She is immune to attacks at this time. Defeat all the enemies as quickly as possible as more Ice Barriers will appear making movement harder. After all enemies are defeated, can be damaged again.

After depleting her second health bar, her armory of attacks grows. The first is an ice crystal appearing above her head that rapidly fires ice shards at you for a brief time. The second is a powerful but narrow straight line attack for the entire length of the area after a charge up period. The third is when she takes to the sky and a snowflake icon appears on the ground that follows you. Stay clear to avoid taking damage when she falls to it after five seconds.

After depleting her third health bar, she teleports to the center of the area again. She casts an area wide AoE attack with a knock back component that shatters all remaining Ice Barriers. Another new attack rains ice in two successive waves every eight seconds. Eight Chilling Constructs are summoned every 24 seconds. All this while performing her other attacks. Make sure to dodge as much as possible. Know when you can move in to attack. Doing so will be the ace up your sleeve in defeating her.

I wouldn't be doing my due diligence if I didn't talk about the effect of the Helliquary on the three Cycle of Strife factions. What's in question is your choice to value more ORDR over joining the Shadows or Immortals. If you stay an Adventurer, you'll gain access to additional Scoria that the other factions cannot obtain. This can impact your character's overall power.

The Adventurer's first bonus comes from up to three Scoria bonus chests from completing 20, 40, and 60 Bounties per week. This is easy to do as you can complete 12 Bounties a day. The second bonus is being able to buy up to six Scoria daily from the Honor Merchant in Westmarch.

Being an Adventurer can net you 10 extra a day. Compared to Shadows and Immortals only being able to obtain 12 Scoria daily, this grants a dramatic advantage. This equates to higher Challenge Rift clears, easier farming on higher difficulties, and being able to do ever harder Helliquary bosses earlier than other players.

Written by Dredscythe
Contributions by Rob
Reviewed by Raxxanterax, Rob