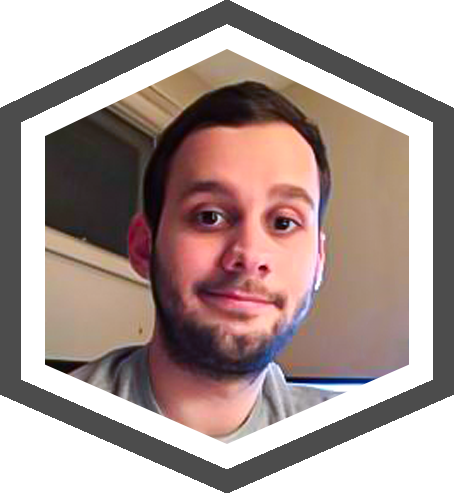 Harnessing two decades of experience in the Diablo franchise, Facefoot first entered Tristram on Diablo 2's release and the rest is history. He spends his time engaging with the community, helping others achieve new heights in their Diablo journey. Playing with new people and bringing them together as teammates is his specialty. When the need for help dies down each season you'll find him pushing leaderboards with a fraction of the competitions Paragon and experimenting with different off-META builds. If finding new friends and group play is something you've been missing, look no further cause you've got a friend in him.

The best Legendary Items in the game are available in the Immortal's Vault. The Shadows form together in parties of 4 to raid the Vault to steal their rewards. The Vault isn't open all day long and when it available the Immortals will be standing ready for the alarm to sound. If the Shadows are detected, the Immortals will rush in to kill them off before they can escape with their precious loot. Let's look at how it works from both sides so you can maximize your rewards from it.

The Vault - Shadows Side

As a Shadow you want to raid the Vault to claim the amazing rewards inside. While raiding the Vault, you steal valuable Essentia from the Immortals, by slashing your way through the Guardians and taking down the Treasury Guard at the end. Raiding The Vault however is not an easy task and requires a party of 4 players to even enter. The Wardens can alert the Immortals to defend the Vault, cutting the raid short the raid unless you can defeat them in PvP combat. Coordination is key. Make sure you're reaching out to other Shadows to make the strongest party possible before going in.

The Vault is open daily from 12:00 p.m. to 10:00 p.m. server time. Watch the Whisper channel to see if anyone is looking to group up. Going in with a full party is key to success and gives you a fighting chance against the Immortals.

Take note of the Vault Rank before going in since Immortals can Bolster the Vault making it quite challenging. Become familiar with what level you and your team can complete. Once inside, there are 4 floors you must clear before reaching the Treasury Guard and the final chest at the end. On each floor there are many strong enemies guarding the chests filled with Essentia, Hilts, and Gold. On each floor kill everything and loot every chest, leaving nothing behind. Double check how much Essentia is remaining on each floor before proceeding to the next!

Another tricky tactic is to wait at a previous doorway with your entire team and ambush the Immortals when they come in. No one said the Shadows have to play nice - be dirty and get the job done!

The Vault appears as a Daily and Challenge quest often, granting Marks for completion. Every week a Shadow is able to obtain 40 chests and up to 350 Hilts. Inside the Vault one can expect to gain Hilts and Gold from the Treasure Chests with a chance at looting a Legendary Item from the final Chest. The final chestwill drop better loot based off the amount of Essentia collected during the raid.

The Vault - Immortals Side

The Immortals Vault can contain triple stat Legendaries which are unavailable from nearly anywhere else in the game and give you a significant boost in ORDR. As an Immortal you have a chance of receiving this loot, and if you are the top contributor, you receive first pick. In addition to Contributions, it is your job to defend the Vault from raids by the Shadows. Successfully defending also nets you some precious Hilts!

First Wins Ties - At the end of the week, if there is a tie for Contribution Points, then the person who reached the maximum number of points first is considered rank 1, the next rank 2, etc. You can check your specific rank on the weekly rewards summary, and also by sorting by the column of Contribution Points in the Immortals menu. This reflects the actual expected order of loot distribution. If the top players collaborate, you can use this behavior to manipulate the loot distribution in your favor!

Similarity to Other Loot Distribution Systems - If you have raided in other MMORPGs before, you might be familiar with DKP, EPGP, Loot Council, or other loot distribution systems. Contribution Points is a sort of DKP-based system that resets week to week. DKP (Dragon Kill Points) is a classic loot distribution system that originally was started by players in classic MMOs like Everquest. This system does suffer from some of the same winner-take-all problems present with DKP-based systems (i.e. One player can be top of Contributions Points each week if they play enough).

Requesting Loot from the Vault

Before Vault loot is distributed, you need to view the available items and request which ones you want. You can request up to three items from the Vault. These items are in ranked-choice order; in other words, your first choice will be given to you if you are the highest bidder on that item, otherwise it will go to your second choice, and so on. You only receive one item as a result of your ranked-choices. You can always go back and cancel your request and request a different item if you so choose.

At the end of the week, if you are the player with the highest amount of Contribution Points for a particular item you requested, you will receive that item during loot distribution. Make sure you take time to review and request the loot you want, because this loot can be some of the best in the entire game! If you forget to request specific loot from the Vault, you will receive random, garbage-tier unclaimed loot, so always remember to request your three items!

Filtering Loot - In the bottom right of the Vault window is the settings button. This button allows you to filter the loot you see in the Vault! There's a mountain of loot in the Vault, so use this filter to quickly find exactly what you are looking for.

Distribution Optimization - If the top contributors collaborate, you can pre-determine who gets which loot. Let's dive into a specific example because the loot distribution can get confusing.

Let's say the top three Demon Hunter contributors are looking to pre-determine who gets which loot. It is Sunday night and all three have completed the maximize number of Contribution Points for the week.

These three players are looking at three items in the Vault, in this order:

Remember that even though you have three choices, you only receive one item out of these three! This is what we mean when we say that this is a ranked-choice.

Requesting Off-Class Loot - During the alpha it was possible to request loot that belongs to another class, making it automatic vendor trash. If this is still in the game, don't do this. It's extremely bad manner AND you'll lose out on your own loot for that week. The Immortal leadership will also likely kick you out of the Immortals.

Located on the left side of the Hall of Ascension is the entrance to the Vault. The Vault is open from 10:00 a.m. to 10:00 p.m. server time, allowing the Shadows to raid and steal your valuable treasures! When Shadows are detected in the Vault, ALL Immortals receive an in-game notification indicating the Vault is under attack.

In practice, to properly defend, you must be partied up and waiting in-game next to the entrance. Be ready to zone in and destroy the Shadows!

Adding Loot to the Vault

When do rewards precisely get added to the Vault? This is a question we have yet to answer, but we do know a few things. Come back to this section when we learn more!