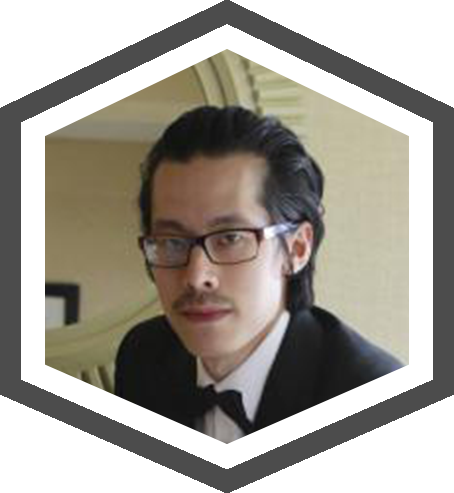 Zone Events are some of the most rewarding activities in Diablo Immortal. Most events reward 6 Enchanted Dust along with 2-3 equipment drops. It is worth stopping whatever you're doing to get to an event when it occurs, because they offer the most efficient way to obtain Enchanted Dust. You need to constantly farm Enchanted Dust from events to upgrade your equipment and increase the most important stats in the game, Offense Rating & Defense Rating (OR&DR).

Each zone in the game has a unique Zone Event, except for Westmarch and Wortham. Some events occur on a schedule, while others are triggered by certain player actions. These events only occur in the Hell Difficulties that are unlocked after completing the campaign. Multiple Zone Events can be done consecutively at the top of each hour, commonly referred to as Power Hour. The amount of events you can complete will largely depend on the population of your server. A higher population will cause the events to be done simultaneously, causing you to miss out on some.

Disclaimer: Note that the game is in Alpha. All information is subject to change and will be updated before release.

Show up to Ashwold Cemetery early to escort the Haunted Carriage for extra Equipment drops. There are also multiple quests in the zone that can completed for extra Enchanted Dust. Only pick up a quest if there is enough time to finish it and get to the Tax Collector before it dies. You can always come back to the quest after the Haunted Carriage event is done. The Tax Collector can die almost instantly after spawning with many players attacking at once. As the Tax Collector is spawning, start using an area of effect or channeling skill that does continuous damage to ensure you get a hit in and receive rewards.

This event is absolutely worth planning your schedule around. Try to reach multiple events in different difficulties. Even if you show up to the carriage at the end of it's route, you still get a quick reward of 6 Enchanted Dust.

This event is commonly referred to as "Pizza". The Tax Collector can be seen as the "Pizza Delivery Guy" and many players gather for the "Pizza Party" at the end. Be sure to show up for a slice of pizza topped with extra cheese (Enchanted Dust).

Purify The Corruption in Dark Wood

Timers can be set for the Blood Roses in each difficulty. Killing them is the most efficient way to reach 100% corruption with the least amount of farming. They also have a high chance to drop Legendary equipment.

This event rewards a Glowing Shard instead of Enchanted Dust, making it not worth doing.

Finding a Mysterious Scroll is random with an extremely low drop rate, making it hard to target farm. Kill large groups of enemies quickly to increase your chances of it dropping. You can only hold one Mysterious Scroll at at time, so complete the dig site quest as soon as you get it.

Finding the occasional Mysterious Scroll while questing or farming other objectives is a nice bonus. The drop rate is too low to make seeking out this event worthwhile.

Run routes that pass by Lost Page spawn locations. They are global spawns so make sure you pick them up before someone else does. Don't forget to do any quests that popup for extra Enchanted Dust. Teleport to the waypoint of another route once you finish running one.

It becomes harder to find Lost Pages if the zone is crowded with other players, so try checking other difficulties for less players. Don't forget to hit up other scheduled Zone Events, since this event is always available.

Up to 5 Portal Tomes can be saved up. Gather your friends that also have tomes and open them at the same time to increase the chances of a World Boss spawn. Run any portals that you open solo. Do not enter another person's portal because it consumes one of your tomes and therefore erases another chance at a World Boss spawn.

Gathering Lost Pages while completing quests in the zone is the most efficient way to gain Enchanted Dust outside of scheduled Zone Events, making the Library of Zoltun Kulle the BEST location for long term farming. This popular farming spot can become crowded, reducing your farming efficiency.

Portal Tomes are commonly referred to as "Books". The gathering of players opening books together is called a "Book Club". Book worms love hanging out in the library.

Team up with a party of 4 to increase your chances of success. You can get there early to start forming a group with others. Kill non-player enemies in the Proving Grounds while waiting for the event to start. Any health, quickening, conduit or energy orbs can be saved for pickup during the event battle. Monster essences for the Bestiary can also drop. Don't be afraid to play aggressively. Your rewards are mailed to you even if you sacrifice yourself for a team victory. You can push opponents away from the Nephalem Cache to allow a teammate to open the cache, winning the event before killing your opponents.

This event is valuable for the guaranteed Legendary drop, especially for newer players still trying to extract all the essence powers. It's also important in higher Hell Difficulties for obtaining new upgrades. While this is the most rewarding Zone Event, it can be the hardest to complete. It is only worth doing if you have a good enough team to beat the other players.

Activate altars when the Ancient Nightmare is in range of the light radius for the stun. It gives everyone extra time to damage the shield. You don't need to use cooldowns against the shield, as higher damage doesn't damage it quicker. Use Zakarum Sigils for an altar's second activation if you have any, and allow players without a sigil to do the first activation for free. Timing the activation early results in a missed stun opportunity. You'll most likely be yelled at by other players for this mistake.

This event is absolutely worth planning your schedule around. Try to reach multiple events in different difficulties. Even if you show up to the Ancient Nightmare right before it dies, you still get a quick reward of 6 Enchanted Dust.

The Ancient Nightmare is commonly referred to as "Big Guy" while Lord Martanos is referred to as "Little Guy" due to their size differences and their relation to the event.

Call of the Ancients in Frozen Tundra

The Ancient Essence meter can be filled faster with multiple players farming in the zone. When the Ancient Spirit spawns, party up with other people at the event for more Ancestral Relics. It's not advised to announce the event to more people once your party is full, as they could steal your drops. You can also farm for Ancestral Relics by killing any enemies in the zone, although doing so takes a long time.

The time required to fill the Ancient Essence meter combined with the difficulty of getting Ancestral Relics makes this event not worthwhile. Turn in any Ancestral Relics to the Ancient Spirit if it happens to available, but don't go out of your way to farm these objectives.

Demon Gates in Realm of Damnation

Realm of Damnation was not included in any testing phases. Blizzard's blog post gives a preview of this final campaign zone. Demon Gates will appear multiple times per day in random locations. A party of 3 players can enter the gateways to defeat the demons and shut it down. This activity is stated to have "significant rewards", and "bonus loot from three per day".

This section will be updated when we learn more after release.

Players that need more Enchanted Dust can do multiple Zone Events in quick succession. The Haunted Carriage and Ancient Nightmare are rotating events scheduled at the top of each hour. These events occur in multiple difficulties, making it possible to finish more than 1 in a row. This schedule of consecutive events is commonly referred to as Power Hour.

The full Power Hour strategy involves a lot of flipping through menus to change difficulties and teleport around. You can settle for completing only 1 or 2 events if this seems like too much work.